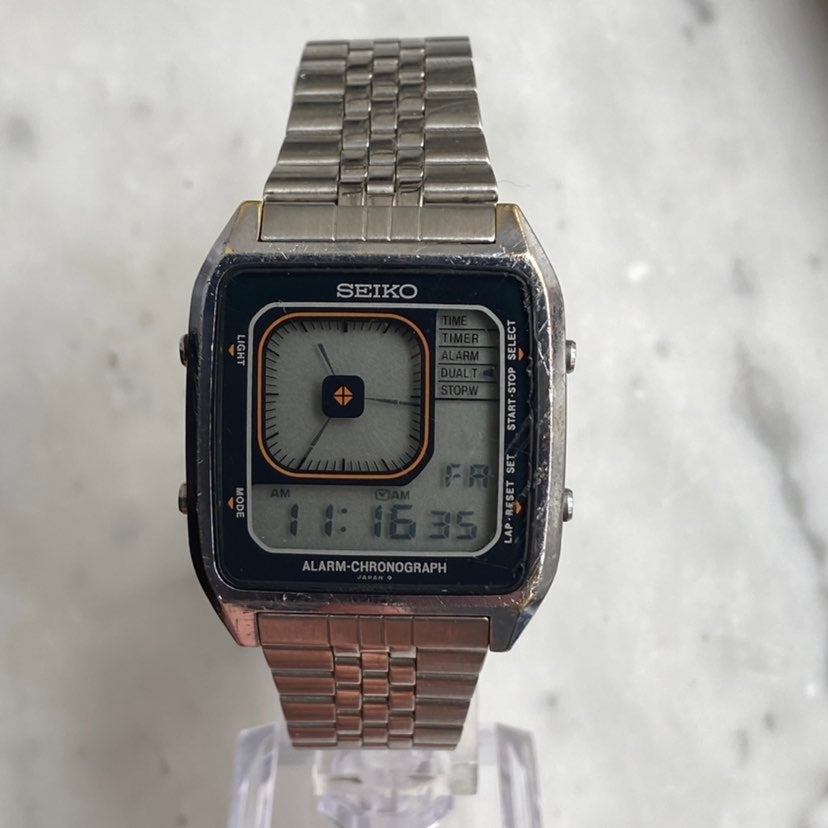 Seiko 1981 James Bond Style G757-4050 Men's Watch W/ New Battery - Works Perfectly. I installed a new battery and confirmed all functions work including the alarm. This is the G757-4050 which is similar to the James Bond Octopussy Watch. Note that there are some scratches on the crystal and case. The case has worn to the base metal near the top lugs and can be seen in the photos. Case is 33 mm wide, 39 mm lug to lug, and the Seiko bracelet is 16mm at the clasp. The Seiko bracelet will fit a wrist up to 8”. 30 day warranty.

Broadcast your own events